By Mac Rogers. Performed at the The Secret Theater. 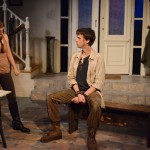 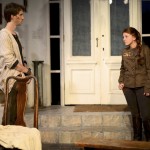 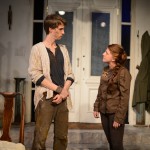 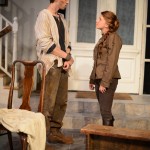 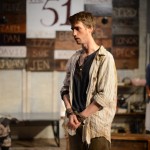 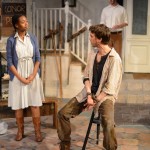 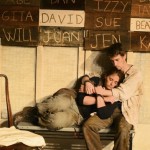 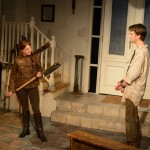 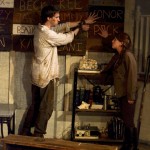 “Heskett could not be more captivating… Heskett continually peels back the layers to show a man questioning the cause to which he has dedicated a lifetime. The emotional material here is so deft that it pushes for real estate on a par with Shakespeare, Ibsen and Oâ€™Neill” – NY Press

“The cast is uniformly fantastic. Cheek owns the stage as Ronnie, and Heskett is her long-suffering match…. I was a little disappointed that Becky Byers and David Rosenblatt did not continue their roles as Ronnie and Abbie, but Cheek and Heskett are so good, I canâ€™t truly begrudge them.” – Broadway World

“Heskett (outstanding in this and last year’s Brain Explode!), on the other hand, carries a haunted and hunted look in his eyes that balances his self-assured intelligence. When he proudly advocates his role in the invasion, it’s clear that he truly doesn’t see it as genocide, but rather as the necessary evolution of an all-accepting, violence-free new species. Heskett’s disturbingly convincing, even in spite of — or perhaps because of — his Achilles-like arrogance.” – That Sounds Cool 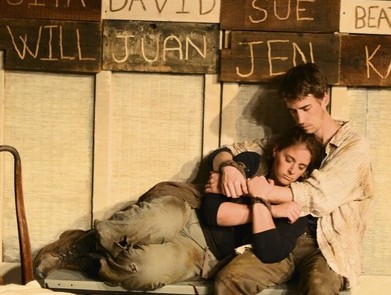 So there’s not much more to say about this but: WOW… 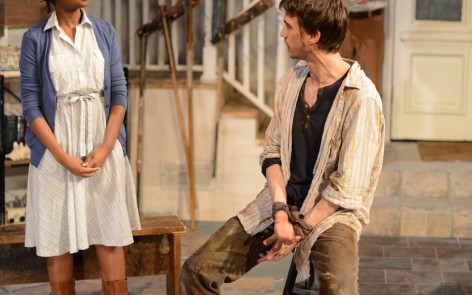 “Sovereign” opening night! And synopsis of the story-so-far.

The show I’m opening tonight, Sovereign, is part three of The Honeycomb Trilogy. The folks over at Gideon Productions put together a “story so far” that explains some key elements from the first two (amazing) plays. 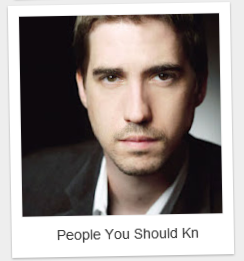 Featured on Zach Calhoun’s “People You Should Know”

Zach Calhoun was kind enough to feature me on his popular “People You Should Know” blog. He asked me about myself and how rehearsals for Sovereign were going. 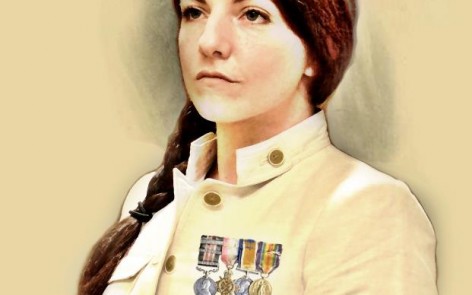 Doug Strassler of NYPress.com says: The conclusion to Mac Rogersâ€™ Honeycomb trilogy is off-off-Broadwayâ€™s answer to The Return of the King, and not just because of the similarities in the title. This play, part of Gideon Productions in collaboration with the BFG Collective at the Secret Theater, will confirm the fates of the characters weâ€™ve […]

Cast in “Sovereign” for Gideon Productions

I’m super excited to announce I’ll be part of the third part of The Honeycomb Trilogy by Mac Rogers, Sovereign. Read about it at TheatreMania.