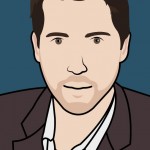 I’m classically trained, having trained at The American Musical and Dramatic Academy‘s Studio Program, a non-musical, classical training which focuses on training in voice, movement, stage combat, and text analysis.

I continued my training at the T. Schreiber Studio, studying with master acting teacher Terry Schreiber himself. And I was fortunate to have worked with Terry, the master director, when he cast me in his production of The Birthday Party by Pinter.

I also have extensive training and experience in stage combat. I’ve trained with some of the best teachers in New York, I’ve played combat-heavy roles and worked as a fight captain and choreographer.

Some stuff about me… 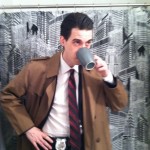 For my day job, I work as a private investigator. This job has given me experiences I’ve never thought I’d have. I’ve staked out a homes while desperately in need of a restroom break, I’ve conducted high-level background checks on the most powerful executives in the country, I’ve reunited people with lost family-members, I’ve proven more than a few spouses are indeed cheating, and I’ve presented the findings of investigations in front of congresspersons, senators, state legislators, and the press.

I was born on leap year day. 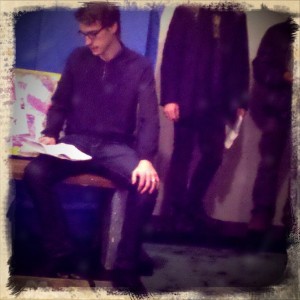 I am inspired by interesting character roles. I enjoy working with accent, voice and physicality to create something new. I think one of my strengths as an actor is that I have versatility. Roles I’m proud of include Len (Ecstasy), Stanley (The Birthday Party), Clifford (Side Man), d’Artagnan (The Three Musketeers) , Geoffrey (Lion in Winter), and Laertes (Hamlet).

I also consider myself an adventurous actor. I’ve played a wide variety of styles and performed in a lot of bold works. For BrainExplode! I played a character who was guided through a “game” by the audience. This meant improvising about half the show each night, while juggling the commands given by the audience and moving to the appropriate pre-written material while tracking the storyline in my head and filling things in as necessary.

I love learning new skills for a role; whether it be a new accent, combat style, or movement technique. For Ecstasy I worked very hard on developing an authentic Lincolnshire for Len, which meant listening to recordings of native speakers for hours as no training material is available for that specific accent. I found that after finding the voice, the physicality followed after and it lead a deeper understanding of the character.

From a review for BrainExplode!:

the evening I attended the show, the audience had spent nearly thirty minutes encouraging Ray to perform with greater than usual charisma, providing him with basic psychoanalysis, before finally figuring out how to open the locked door. Did they then instruct him to walk through said door? No, they did not. Instead, they threw object after object through the open door, much to Rayâ€™s increasingly snarky (and incredibly well ad-libbed) disapproval. (Most impressive is the way Heskett spent much of this scene with a blanket wrapped around his fist and a purse clutched in one arm â€” because the audience had never countermanded their instructions for him to do so in the first place.) Such was the genius of the show.

From a review for Ecstasy:


Heskett displayed a depth of character so great that an entire play could be made off of just one look at him.

Special mention should be made of actor Stephen Heskett as Len. Heskett displayed a depth of character so great that an entire play could be made off of just one look at him.