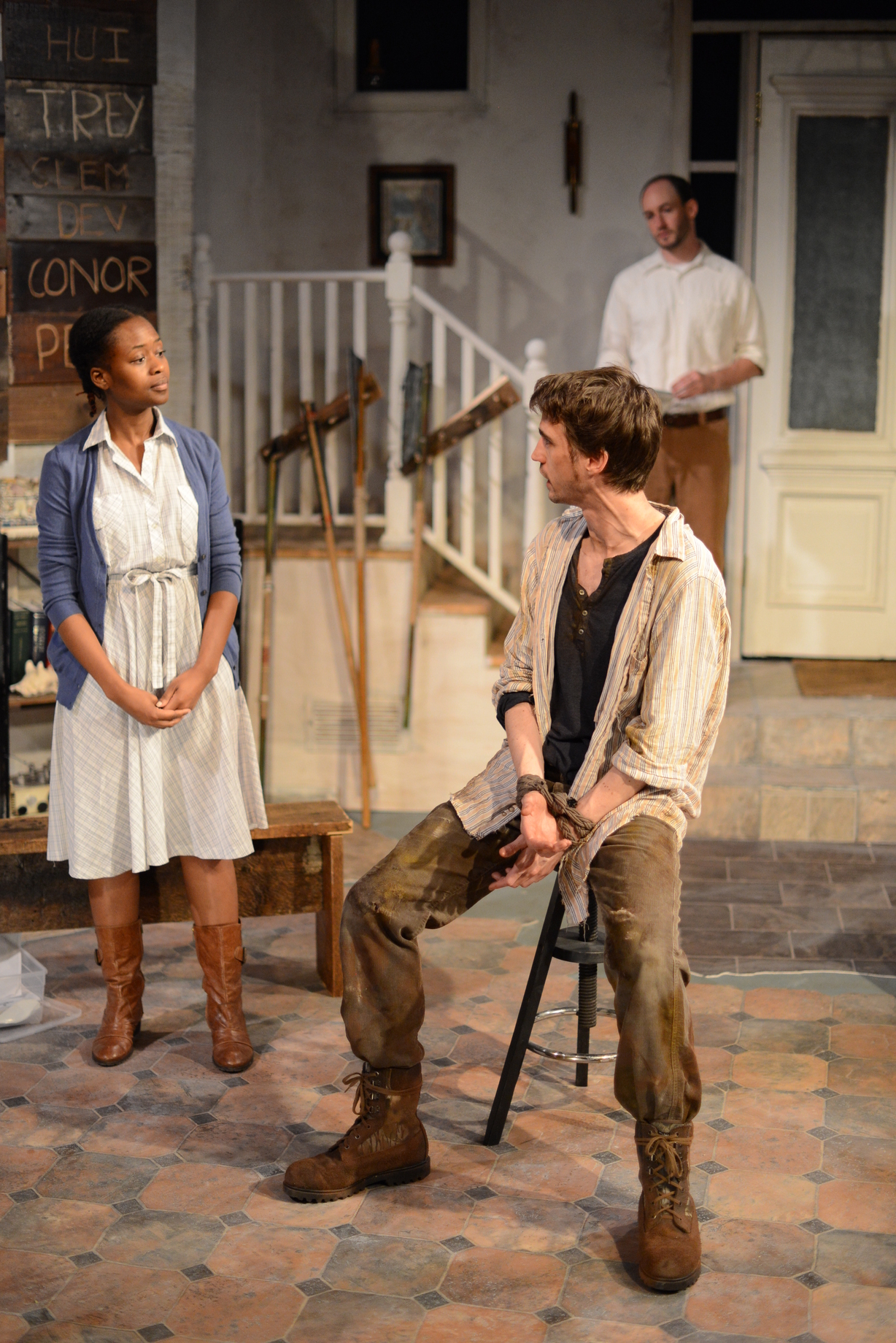 The show I’m opening tonight, Sovereign, is part three of The Honeycomb Trilogy. The folks over at Gideon Productions put together a “story so far” that explains some key elements from the first two (amazing) plays.

Sovereign: The Story So Far

And of course the show information!

Picking up several years after the events of BLAST RADIUS, SOVEREIGN thrillingly concludes the story of a sister and a brother at mortal odds in a radically changed Earth. The alien race that has ruled the Earth for years seems to be on the run after Ronnieâ€™s rebellion. The human race is slowly rebuilding all over the world. Ronnie is now the battle-scarred Governor of what used to be Florida, everyoneâ€™s hero and no oneâ€™s friend.

Until one night, when Ronnieâ€™s soldiers smuggle into her office the greatest living war criminal in the world: her brother Abbie, the foremost human ally of the extraterrestrials. As Ronnie grapples with an awful decision about what to do with the man she hates and loves in equal measure, Abbieâ€™s last desperate maneuver on behalf of the aliens forces a shocking confrontation between species that will forever change the future of the human race. Action-packed and emotionally charged, SOVEREIGN brings THE HONEYCOMB TRILOGY to a wrenching and unforgettable climax.