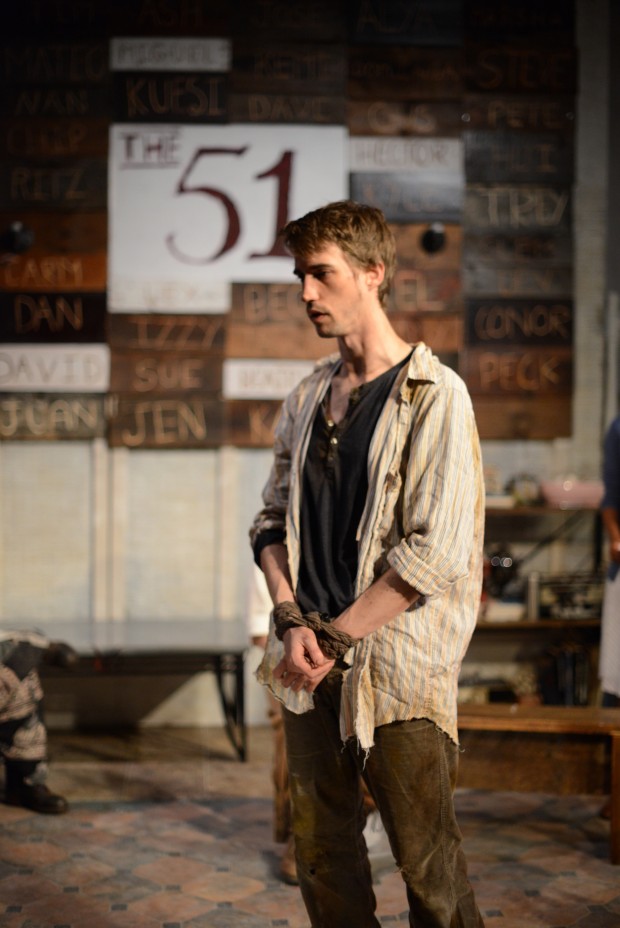 NY Press “Heskett could not be more captivating… Heskett continually peels back the layers to show a man questioning the cause to which he has dedicated a lifetime. The emotional material here is so deft that it pushes for real estate on a par with Shakespeare, Ibsen and O’Neill”

Broadway World “The cast is uniformly fantastic. Cheek owns the stage as Ronnie, and Heskett is her long-suffering match…. I was a little disappointed that Becky Byers and David Rosenblatt did not continue their roles as Ronnie and Abbie, but Cheek and Heskett are so good, I can’t truly begrudge them.”

That Sounds Cool “ Heskett (outstanding in this and last year’s Brain Explode!), on the other hand, carries a haunted and hunted look in his eyes that balances his self-assured intelligence…. Heskett’s disturbingly convincing….” 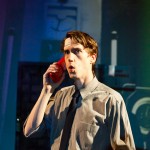 New York Theater Review “Heskett’s Ray is appropriately self-effacing, and he does a fantastic job casually guiding the players to possible solutions that might get them to the next level without making it look like work.”

That Sounds Cool “The evening I attended the show, the audience had spent nearly thirty minutes encouraging Ray to perform with greater than usual charisma, providing him with basic psychoanalysis, and referring to him as “Storm King,” before finally figuring out how to open the locked door. Did they then instruct him to walk through said door? No, they did not. Instead, they threw object after object through the open door, much to Ray’s increasingly snarky (and incredibly well ad-libbed) disapproval. (Most impressive is the way Heskett spent much of this scene with a blanket wrapped around his fist and a purse clutched in one arm because the audience had never countermanded their instructions for him to do so in the first place.) Such was the genius of the show.”

“Len could easily come off as a buffoon, but in the delicate performance of Mr. Heskett, Len is more than a joke. It’s a scene-stealing portrayal.”
-Jason Zinoman
Theatre Is Easy “Special mention should be made of actor Stephen Heskett as Len. Heskett displayed a depth of character so great that an entire play could be made off of just one look at him.”

EDGE “Particularly strong in this aspect is Heskett, whose awkwardness detonates several of the play’s silences…”

…the very capable Heskett is sarcastic and sincere, but he does not and should not be too emotionally engaging. His narrative is the element that allows the audience to step back from the action and observe without judging.

This … role could easily melt into that of a bland, TV-actor straight man, but Stephen Heskett gently and masterfully keeps this from happening. He creates and holds a strong, fully dimensional character at the center of this drama, and we are all the better for it.
-Brooklyn Heights Press, Clark Gesner (writer of “You’re a Good Man, Charlie Brown”