I made my second appearance onstage at the Ontological-Hysteric Theatre on Friday as part of their SINTESI/Dogpile “mini-festival”. It was described to me as sort of a “theatrical open-mike”. It was a series of five-minute theatre-pieces where anything goes.

I performed a piece conceived by theatre group, Pug Mike Samantha. It was really interesting to work on, and I was happy with the character I got to create in such a short time.

There were a few photographers there, and I hope to have some pictures soon. UPDATE: Pictures below.

Highlights of other pieces that night: Guy melts ice cream cone with hairdryer, a voice-over offering us cookies onstage (no actors in that piece), some incredible bass-guitar playing that captivated me more because of how the guy was breathing than playing. 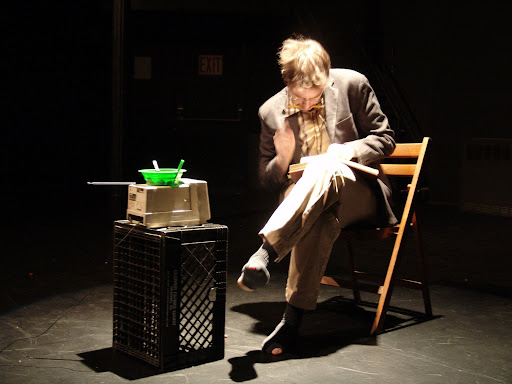 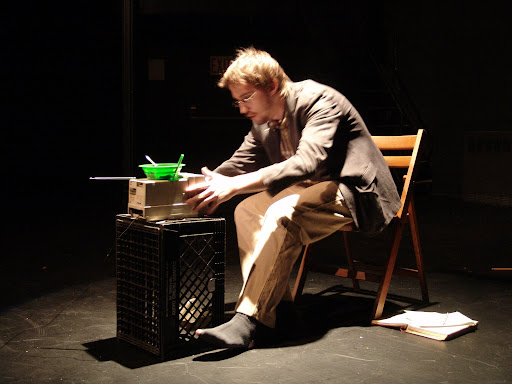 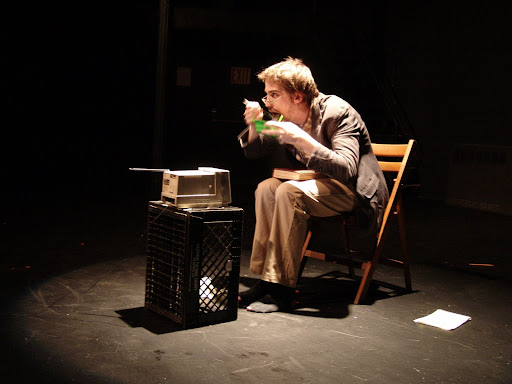