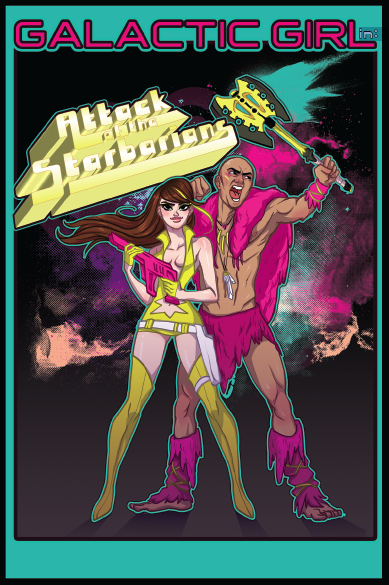 Very excited to be starting rehearsals tonight for Galactic Girl in: Attack of the Starbarians by Jon Hoche, which will be playing at The Brick Theater as part of their Comic Book Theater Festival next month.

Here are the details:

Written and directed by Jon Hoche

In a futuristic world reeling from a dark infinite civil crisis, Galactic Girl leads the charge in bringing peace and order to the cosmos. She’s the best at what she does with a booty that just don’t quit. Under the command of General Fu Fu, Galactic Girl journeys to the planet of Starbaria with her compatriot Pixel and new recruit Moxie-5 to capture the leader of the savage Starbarians. Unexpected obstacles lead team Galactic Girl on a wild ride. Come see Galactic Girl in: Attack of the Starbarians, a Sci-Fi adventure jam-packed with hot girls, great fights, dances breaks, laughter, and so much more.