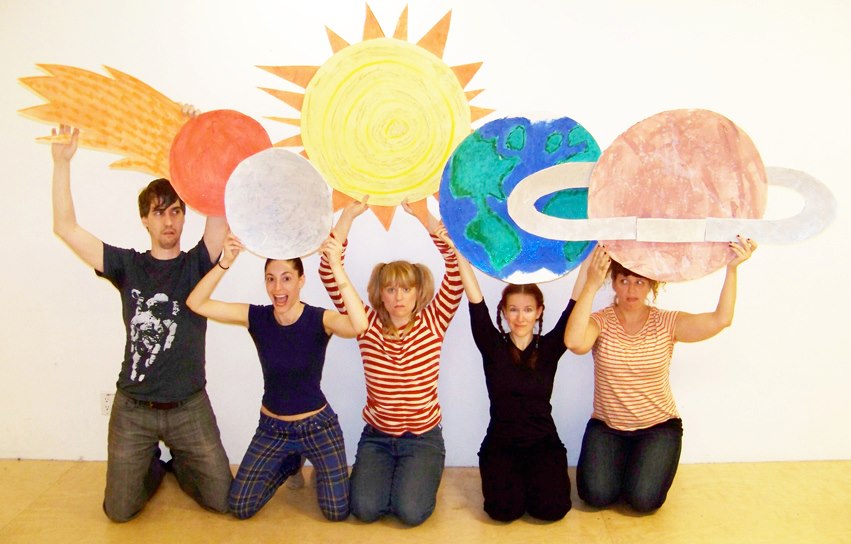 Really excited that I’ll be performing in “The Ultimate Fate of the Solar System and Other Plays Without Words” at The Brick Theater. Â The artists I’ve been working with on this are really amazing and I’ve had a lot of fun preparing the piece.

Schoolchildren stage an apocalyptic pageant. A deadly drug refracts time, with violent results. A daisy chain of spirits and humans breaks hearts across worlds. In this miniature triptych of â€œouttakesâ€ from Piper McKenzieâ€™s oeuvre, the company returns to the collaborative movement theater style that built such past shows as Macbeth without Words and Craven Monkey and the Mountain of Fury, with three new works they actually meant to stage long agoâ€¦