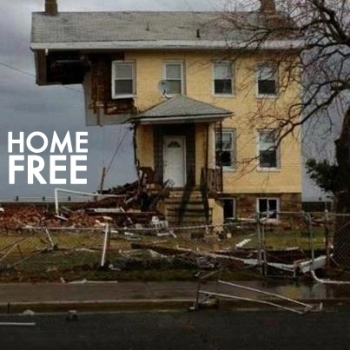 I’ll be performing in a reading of “Home Free” by Bryan Davidson Blue at The Brick tonight.

HOME FREE is a vulgar, sexy, political play by award-winning theatre maker Bryan Davidson Blue. Sparse and poetic, vivid and relentless: a mash up between the lyricism of Anthony Burgess and the urgency of Sarah Kane. It’s about love and it’s about survival, and being gay, and human rights, and environmental destruction… But mostly it’s about the F-word, the other F-word: Family.

Travis is a 14-year-old compulsive masturbator looking for love. Kate, his sister, gave out lollipops at the Quarantine Centre. She’s pregnant now. Alex, her boyfriend, dodged the draft and spends his time redecorating. And then there’s mom: Christine. She’s somewhere else, probably locked up, probably a terrorist.

Mass graves have been dug, power has been cut, people are fleeing on boats. War is on the horizon. But what are we fighting for?