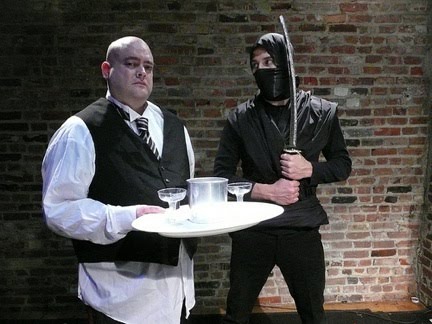 I will be appearing in The Ninja Cherry Orchard as part of The Brick Theater’s Fight Fest. It is an adaptation of Chekhov’s The Cherry Orchard… with ninjas.

In turn-of-the-century Russia, the Ranevsky country estate must be sold for debts.
But will the family sell their beloved cherry trees?
Will the lovelorn affections of a fading aristocracy triumph over common sense?
Or will a 14th-Century Japanese assassin slaughter everyone?

only at The Brick