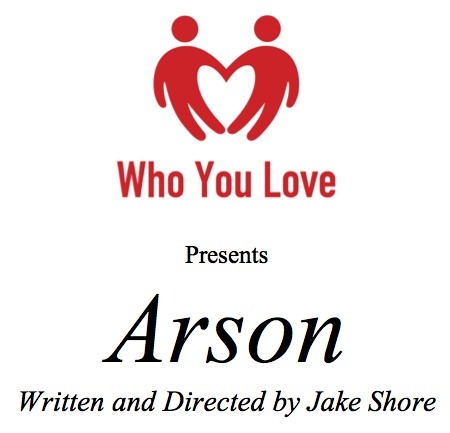 I’m currently appearing in a one act by Jake Shore presented by Who You Love, a local clothing line. Â It’s part of an evening of three haunting plays.

Who You Love presents ARSON, an hour long show in three act, written and directed by Jake Shore.

Each act stands on its own but all three acts work together thematically to form a cohesive piece. The first act, Arson, follows an artist and his wife as they discover a painting is moving. The second, Mistakes, visits a married couple several years after the death of their daughter. And the third act, Questions, is a comedy about two Brooklynites and a portrait of Sigmund Freud that speaks.