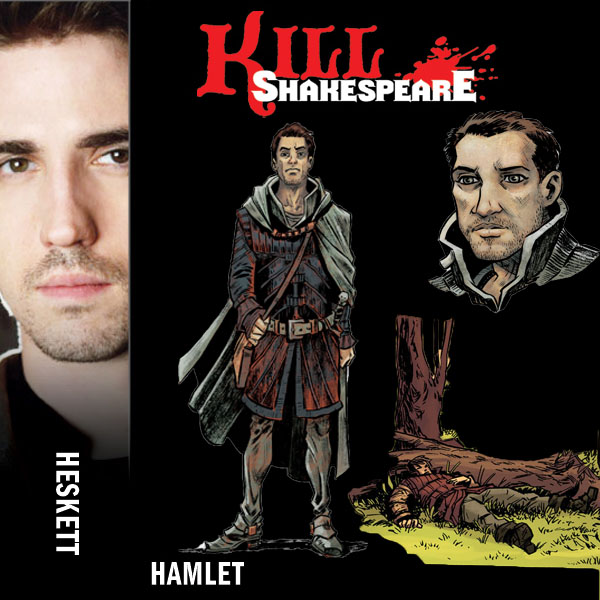 After a fun and successful reading at NY Comic Con last year, I’ll be once again playing Hamlet in a staged reading of Kill Shakespeare. Really proud to be part of such an amazing cast and such a cool project.

Saturday, March 1-Wednesday, March 5
All shows at 7pm, All tickets $15

Kill Shakespeare is the thrilling live performance of the hit graphic novel that sends the Bard’s greatest heroes on a quest to find a reclusive wizard named William Shakespeare… before his greatest villains find and destroy him. Presented radio play-style with live foley effects and accompanied by larger-than-life projections of the comic’s panels, Kill Shakespeare is a hilarious, edge-of-your-seat multimedia entertainment.

This production is a part of SubletSeries@HERE: Co-op, HERE’s curated rental program, which provides artists with subsidized space and equipment, as well as technical support.