Qui Nguyen, a very gifted choreographer and stage combat teacher, not only focuses on the “stage” part, but he gives a good deal of attention towards the “combat” part. He works us very hard to make sure our bodies can do the work required, and he puts us through actual martial arts drills. He has many reasons for doing this, but the greatest thing I’m getting as an actor out of it is feeling what a real fight feels like. It’s important to remember what it’s like HIT someone and BE HIT by them. There’s fear and adrenaline that sometimes gets lost when you focus too much on not hitting each other and “dancing” through your fight.

He took some pictures of us working out on the Ranch’s “porch”. Here’s a couple with me and some classmates, all of whom have been really great to work with. 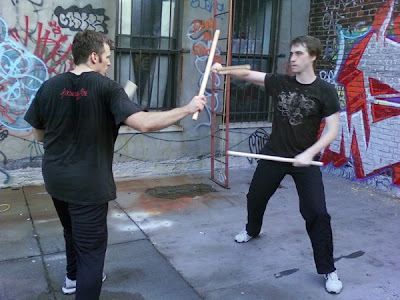 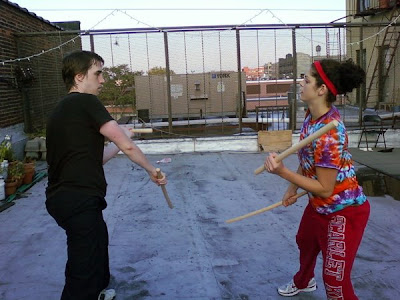